Our Chorus sings in four-part harmony: soprano, alto, tenor and bass (SATB). Our approximately 40 members are men and women of all ages, but we have one thing in common – we love to sing!

The Maple Ridge Choral Society is governed by a Board of Directors that meets once a month. We are registered as a non-profit society under the B.C. Societies Act. We conduct our Annual General Meeting at the end of the spring season, a week or so after our spring concert. 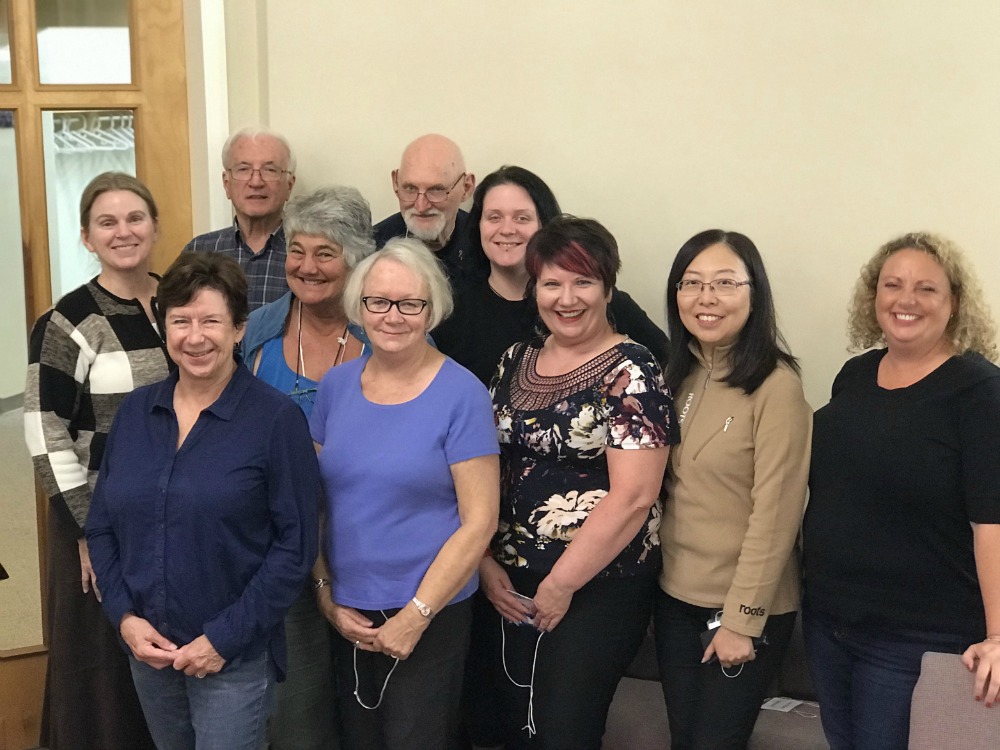 We’re always looking for new members. Send us an email at ldanchor@telus.net or call Loraine at 604-463-8990 and we’ll answer any questions you have.

Our director is Aimee Oliverio and our accompanist is Claire Oliviero.

Singers automatically become part of the Maple Ridge Choral Society, a provincially-registered society. The Choral Society is a member of the BC Choral Federation and proud to be an active participant in the local arts community. 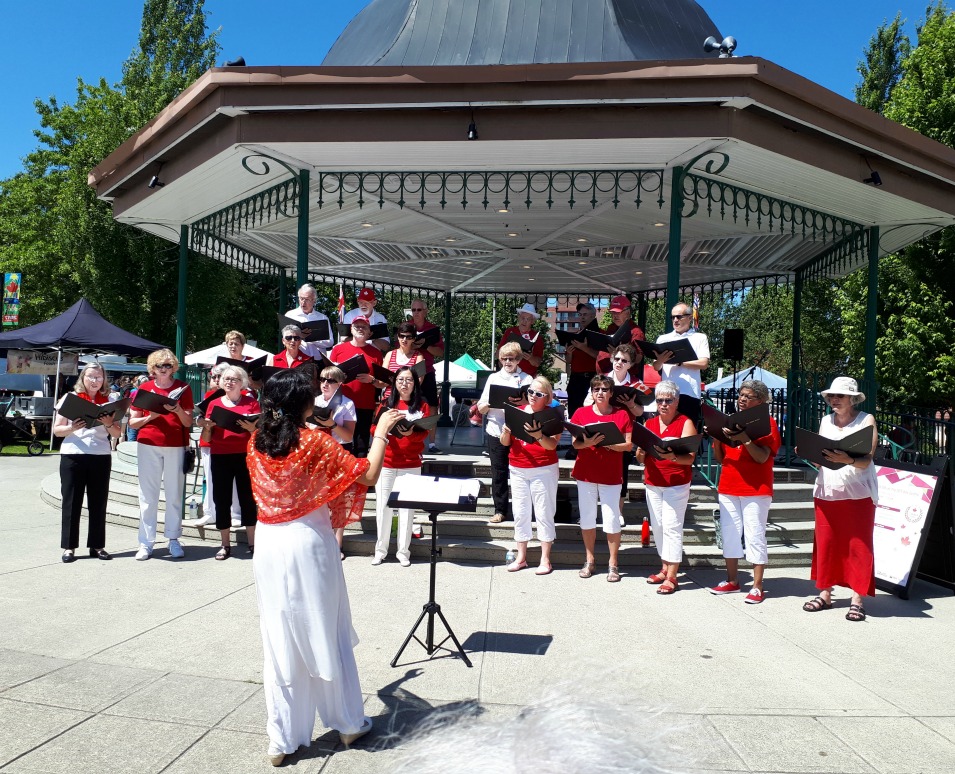 Long-time  MRCS member Gloria Morrisette wrote this article that was published on December 9, 2005 in the Maple Ridge and Pitt Meadows Times. Gloria passed away peacefully at Baillie House in Maple Ridge on May 13, 2013, at the age of 104.

It is believed the Maple Ridge Choral Society is the oldest one in the district. The Choir is made up of members of the Maple Ridge Community. Records show it became active in 1933 by a group of residents who loved to sing choral music. It was reported in the Gazette of November 2, 1933 that the Choir would hold its first concert on November 8 under the direction of J.P. Nelson in the United Church Hall in Hammond. The price of admission was only 25 cents.

It was also reported that three guest artists from Vancouver contributed solos to the program. They were Miss Nan Stewart and Masters Jack Fraser and Glen Nelson. It was also written: “the choral society has a very definite place in the life of a community”. Val Patenaude, curator of the Maple Ridge Museum provided the above information. On December 17, 1948, the Anglican Players of Maple Ridge and the choral society presented a joint program featuring a nativity play, “For Unto Us” with choral music. Admission was 50 cents.

George Sheldrake was one of the group’s first leaders. He was a talented musician who also led a brass band that we sang with while under his direction. Mr. Sheldrake was an employee of the Gazette. We soon had a membership of 100 singers and as we developed and put on concerts, they were well received by our audiences.

One of our earlier leaders was Monrad Malmin, who was also a talented orchestral director. While singing under his direction, we were accompanied by a large string orchestra.

From the beginning, our aim has always been to give pleasure to our members and audiences by singing a variety of music, including band, classical, spiritual, sacred and folk. We always put on several concerts a year. We carried on like that for eight years, but the day came when we were not able to obtain a director so the choir was disbanded for “the time being” much to our disappointment. The “time being” turned out to be twenty years.

Then, in 1984, the choir was revived under the leadership of Robin Williams, by a group of residents who loved singing choral music. I was a member of that group and I am the only one of them still with the choral society. Over the many years since then, we have had a variety of leaders, including, Sally Novinger, Terry Pitt-Brooke, Susan James, Jody Dahle, Fiona Blackburn, Joel Scmidt and Carry Tenant. Today (2005), we have 40 members and our pianist is Marlin Hall, who has been with us for many years. Our conductor is Judith Bergthorson. 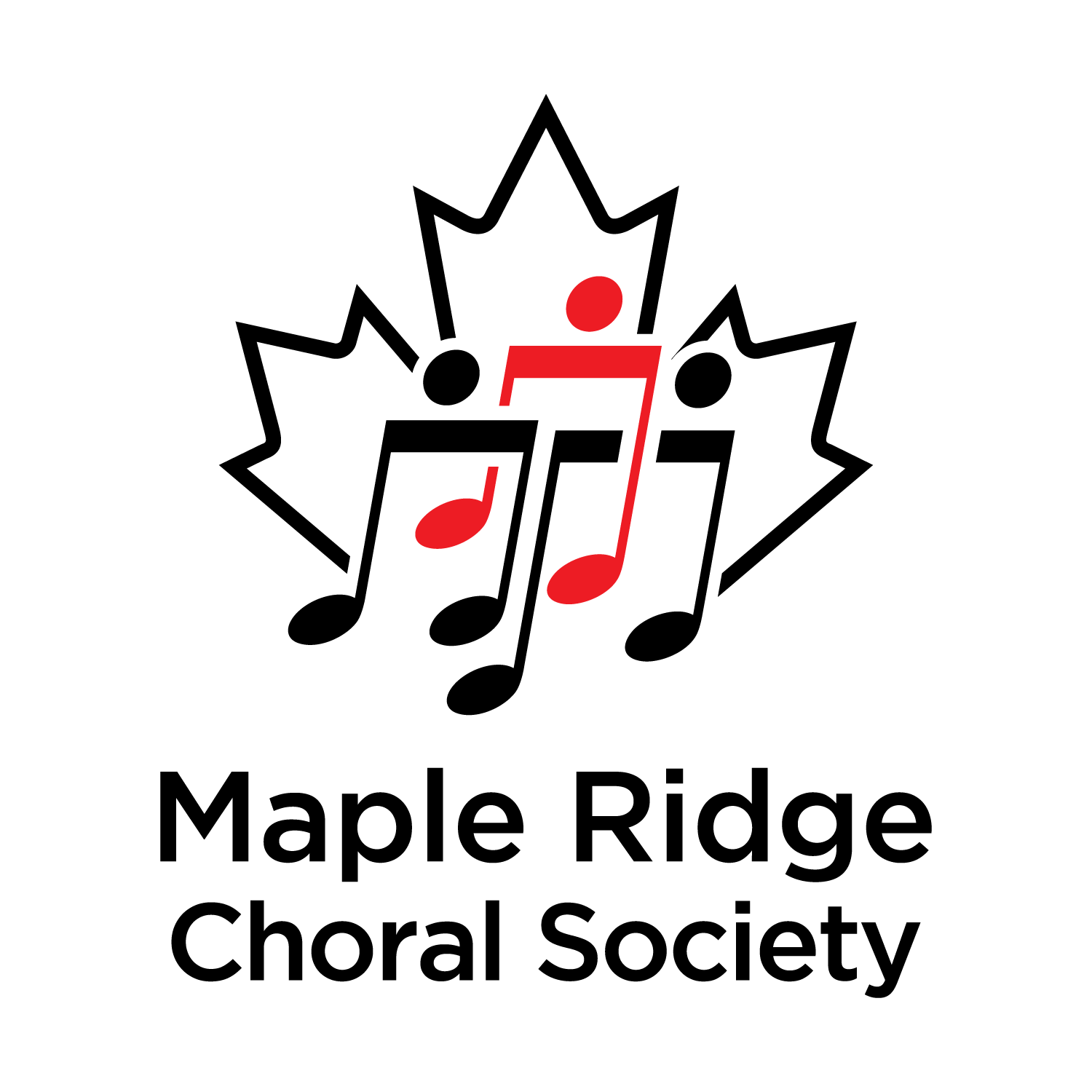